What is Testing as a Service (TaaS Model) in Software Testing? 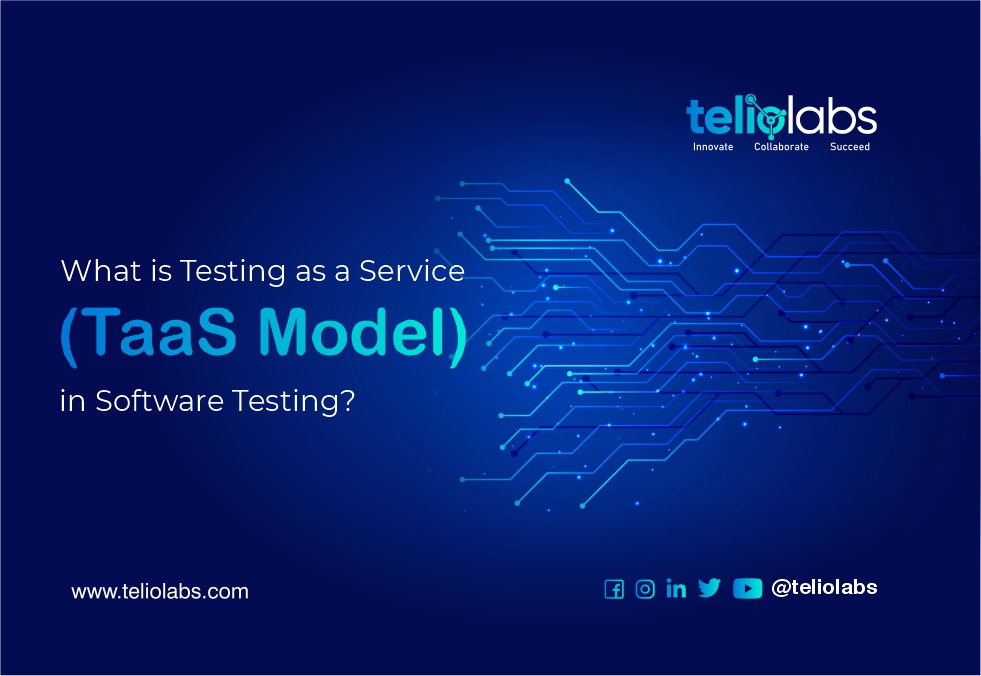 What is Testing as a Service (TaaS Model) in Software Testing?

But, with the increased market diversity and frequently changing demand, testing needs to be incorporated throughout the software development cycle.

Testing as a Service, abbreviated as TaaS, is the process of integrating testing at different steps of software development based on the requirements of the software and the customers.

TaaS is used for automating the testing when manual testing becomes difficult. It is also appropriate for scenarios where rapid and continuous testing is required.

Manual testing is done in person by interacting with particular software and testing the working and overall interface of the software.

Manual software testing is expensive as it requires a proper setup and resources. At the same time, it is prone to human-induced errors like skipping an error, omitting a mistake, skipping the trial of a buggy feature, etc.

This led to the need for automated testing. Automated software testing is performed by the machines on the basis of a pre-defined code.

Since automated software testing is code based, it can be tweaked several times depending on the complexity and demands of the software.

It is more robust and efficient than manual testing. It mainly depends on the neatness of the code that is being used for testing purposes.

Automated testing is the primary aspect of Continuous Integration and Delivery.

Unit testing is the lowest level of testing where each class, module, and the component of an application are examined.

It is the least expensive to automate and works easily and quickly in an integrated environment.

Integration testing is used to confirm the compatibility of different modules running in the system. In simpler terms, they test the integration of different parts of an application.

These are expensive to be executed as they demand different parts of the software to be updated and running simultaneously.

It is based on the business demands of the customers. Functional testing checks the output of a particular task and does not interfere with the intermediate tasks.

Like integration testing, even functional testing requires multiple components to be in sync.

This is a higher level of testing that almost attempts to replicate a customer’s interaction with the application.

It is not only complex but very expensive to be performed. The complexity makes it prone to errors.

Hence, it is advised to use the lower level of testing instead to avoid the complexity and extra costs.

Acceptance testing is just an extra step of testing to verify if the application meets the business requirements. It also analyses the performance of the system.

As justified by the name, performance testing judges the performance of an application under different circumstances and workloads.

It checks the reliability, accountability, speed, integrity, scalability, and responsiveness of the application.

Smoke tests check the basic functionality of the system. Smoke testing should be done when an update is added to the application to check how it performs in the new constraints.

It also decides whether there is a need for more expensive tests to be carried out. These tests are either performed after a new update is done or right after deployment. 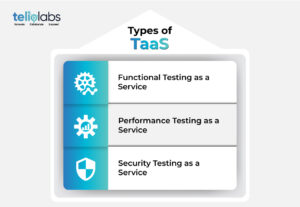 As discussed, TaaS is outsourcing testing to automate the software testing processes. But there are three different types of TaaS depending on the purpose they are used for:

Functional testing deals with testing the front end of the software, which includes the UI and the GUI of the application.

This helps businesses understand how their application would look to the user in the first interaction.

This only helps in removing the bugs that are visible when an application is turned on and interacted with.

This tests the performance of an application when multiple users access it at the same time.

It analyzes the workload and how efficient the application is when it comes to scaling and handling the workload.

Security testing is becoming one of the most important aspects of testing as the times progress.

It checks the software for any potential vulnerability.

Since there is a special emphasis on protecting user data these days, security testing to verify security breaches has become a must.

Features and Benefits of TaaS

When you take testing as a service, that means that you are interacting with a firm that specializes in testing. This specialization adds some key benefits. They are:

– It speeds up the testing.

– It provides a third-party perspective to the software that gives real-world feedback to the developers.

–  Since these firms specialize in testing, they are accountable and reliable.

– They already save expenses but to save even more money, companies can try the subscription packs of these agencies.

Thus, TaaS is not only an option but a need of the future for businesses and organizations. 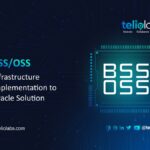 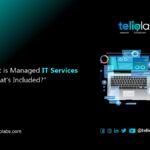 What is Managed IT Services & What’s Included?
x
Register Forgot Password Back to Login
Manage Cookie Consent
To provide the best experiences, we use technologies like cookies to store and/or access device information. Consenting to these technologies will allow us to process data such as browsing behavior or unique IDs on this site. Not consenting or withdrawing consent, may adversely affect certain features and functions.
Manage options Manage services Manage vendors Read more about these purposes
View preferences
{title} {title} {title}
Please fill your correct details